Luca’s Story as Told by his Dad, David

One of our L4Life parents, David, has written a piece in conversation with himself at the time of his son Luca’s diagnosis several years before. A great read for other parents of children with ASD. Enjoy! 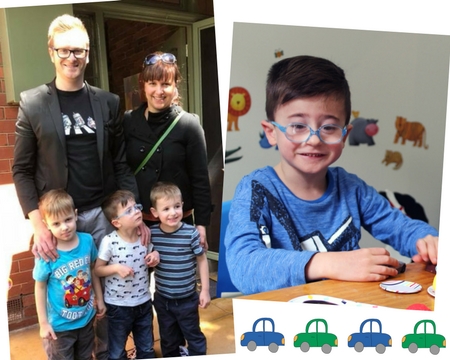 It’s 2018 David here. Don’t stress, you still have hair. You would have just found out your two-year-old son Luca has Autism. You’re facing a tidal wave of emotion right now that won’t clear for at least a couple of weeks. It’s a bit like that foggy surreal feeling you experience at the birth of your child. Except this time you’re not asking yourself, “Will he be a doctor or lawyer?” or, “Will he be a Collingwood supporter or will my Carlton supporting brother get through to him first?”

Instead you ask, “Will he ever have a girlfriend? A job? Will he speak well? Will he walk? Will he go to school?” You hear parents complaining about their kids sleeping in their beds and enviously wonder when you’ll get your next hug. “Will it be weeks or months? Will he ever hold your hand?”

Then you go nuts on Google. You want to understand as much as you can and start to clear the fog. You’ll speak to and see different people, experts, organisations trying to establish what to do. So many questions.

I want you to know it gets better, and you get better at it.

You’re going to speak to some people from an organisation called Learning For Life. They’ll give you a comforting sense of clarity. They’ll help him to walk, to hold your hand, to speak, to listen. Actually, we’re still working on that one.

So where are we now? He’s in kinder, getting ready for school next year. Sure, it’s his second round, but I think he’ll make it. We have a L4Life therapist attend a few hours at his kinder. They’re helping him read letters and numbers and participate with others and his environment.

His talking is getting better, and he’s starting to ask questions spontaneously. The other day, he was watching the tennis, and I asked him to go to sleep… “No! I’m watching the ladies.”

You’ve both come a long way.

P.S. *Spoiler alert* You’re also going to have twins, and it turns out the kids-sleeping-in-your-bed thing is not so great.

Donate
We use cookies to ensure that we give you the best experience on our website. If you continue to use this site we will assume that you accept the use of cookies.AcceptRead more